Tricky Walsh (They/Them) is a non-binary artist working in New Norfolk, Tasmania, who works both collaboratively and in a solo capacity.

Their projects focus on both spatial and communication concerns in an increasingly speculative manner and use a diversity of media. Walsh has been awarded a Qantas Foundation Art Encouragement award and won the 2009 Hobart Art prize for their sculpture The Wasp project, has been commissioned to make works for the Museo Madre in Naples, Centre Pompidou in Paris, the Mao Jihong foundation in

Chengdu, Monash University Museum of Art, the Tasmanian Museum and Art Gallery and the privately funded Detached Cultural Organisation and was included in the 2013 Mona Foma festival, organised by the Museum of Old and New Art.

Walsh has been a recipient of numerous Australia Council and Arts Tasmania grants, and has undertaken residencies in London, New York, Jogjakarta, China and Paris.

Most recently they opened the gallery Haus of Vovo in New Norfolk. A space dedicated to the enabling of artist’s visions, centred around installation and spatial practices.

They are represented by MARS gallery (Melbourne) and have exhibited extensively throughout Tasmania, Australia and Overseas. 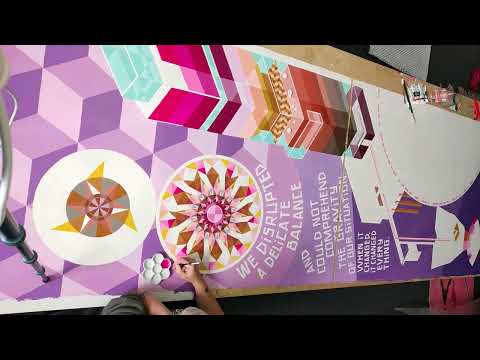